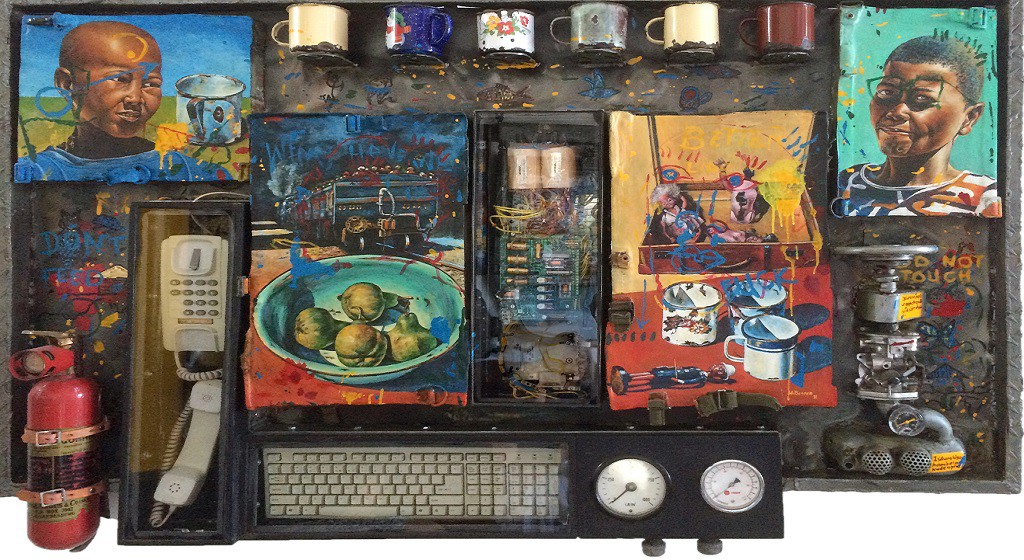 The first weekend of FynArts 2017 will be filled with openings and walkabouts. Willie Bester is the 2017 Festival Artist and his exhibition, Transformation, is curated by Michael Godby and Sandra Klopper. The exhibition will be opened by Michael on Saturday 10 June at 14:00. Also opening on the Saturday will be Forms of Expression curated by Liz Coates. This exhibition will be opened at at 10:30 by Ann Marais while Sculpture on the Cliffs: EchoLocation, curated by Lien Botha, will be opened by Overstrand Municipal Councillor, Kari Brice, at 12:30 . The ceramic exhibition at the Marine Hotel, Forgotten Orchards of the Imagination by Evette Weyers, will be opened at 16:00 on Saturday 10 June by Marius Weyers in conversation with his wife Evette. An exhibition of Alice in Wonderland memorabilia, collected by Gordon Froud, will be on display at the same venue.