To the Last Man (Repeat) 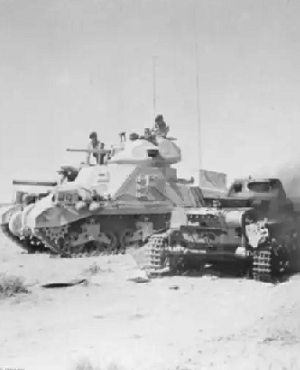 The Stand of the Natal Field Artillery on Rigel Ridge – Libya, 13 June, 1942
If ever there was a story that deserves to be told and retold to succeeding generations it is that of the heroic last stand of the 6th Battery of the Natal Field Artillery (NFA) on 13th June,1942 in the Libyan desert of North Africa. Sadly, history has forgotten those brave lads from Natal who grimly defended the western flank of Rigel Ridge as Rommel’s Afrika Korps drove relentlessly towards them.

Brilliantly led by a young 23 year old artillery Major, John Newman, the men of the NFA fought to the last man before either being killed or forced to surrender. Why did they not retreat like the rest of the defeated British 8th Army and what was the importance of their defiant stand?

On the 80th anniversary of Rigel Ridge, Dr James Gray and former Springbok rugby captain Morne du Plessis, who has a personal family interest in the events of that day, reflect on the little-known battle.