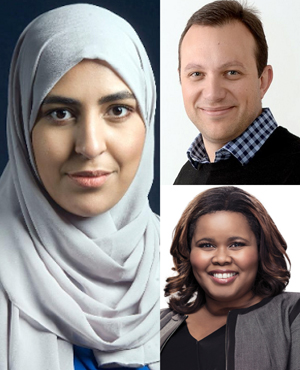 Adriaan Basson (moderator) is editor-in-chief of News24 and the author of four books on corruption and current affairs.
He is the recipient of multiple awards for investigative journalism. The political analysis of Qaanitah Hunter, author and political editor of News24, has featured nationally and internationally and for which she has received numerous awards.
Lindiwe Mazibuko is the co-founder and CEO of Apolitical Academy Southern Africa. She is a writer, academic fellow and former politician. She was the first black woman in SA history to be elected Leader of the Opposition
in Parliament.