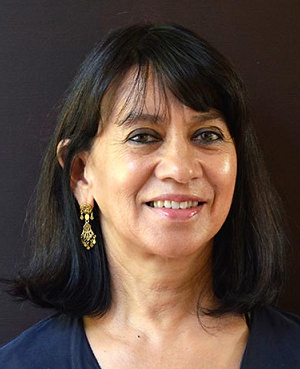 Zyma Amien was born in Lansdowne, Cape Town. In 1980, she matriculated from Cathkin High School in Heideveld. After matric, she pursued a career in Medical Technology and graduated from Peninsula Technikon in Bellville in 1985, majoring in Blood Transfusion.

Amien advanced to a career in art and started her studies with the University of South Africa in 2008 and graduated in 2014. She completed a Masters in Fine Art from University of Cape Town in 2015. Her main focus is on labour and exploitation concerns within the garment and textile industry. Her interest stems from her familial link to the industry.

In 2012, she won the Pretoria Portland Cement competition. Furthermore, in 2013 she was a finalist in the Sasol New Signature and then won the competition in 2016. She participated in group exhibitions as well as hosting her own solo shows. Her work forms part of the collection of South African Clothing Textile Workers Union as well as the Iziko National Gallery. In 2019 she participated in Investec Cape Town Art Fair in a solo booth, Tomorrow Today curated by Tumelo Mosaka.

Besides creating art, she also taught at UNISA from 2015 -2018 and currently assist at University of Cape Town teaching New Media.