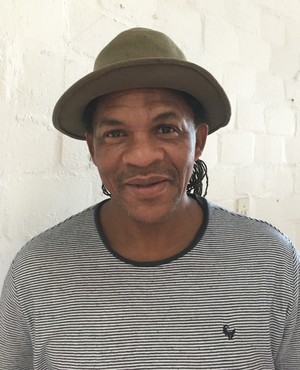 Willie Bester was born in Montagu in 1956. He began painting murals as a child, and it was also then that he first developed an interest in recycling industrial and waste materials. As an adult, Bester worked for 15 years as a dental technician’s assistant before rekindling his love for art. His first solo exhibition, held in Cavendish Square in 1982, was mounted without the assistance of a gallerist. Bester went on to study part-time at the Community Art Centre in Cape Town where he was exposed to the idea of art as a political tool.

Following this encounter he had a meteoric rise to fame in the early 1990s, exhibiting at the Goodman Gallery in Johannesburg before taking part in exhibitions in Dakar, Senegal, and in numerous centres in Europe, including Africa Remix, which was mounted at the Hayward Gallery in London in 2005 before travelling to the Pompidou Centre in Paris and thereafter to Johannesburg. Bester has received numerous prestigious awards including South Africa’s Order of Ikhamangu (Silver). Most recently, Bester exhibited at the Changchun Sculpture Symposium in China where he was voted the most popular artist and honoured for his innovative use of materials.