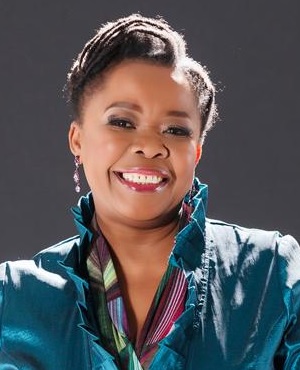 Nomshado Twala is a well established media and public relations practitioner who has experience of over 25 years in the various disciplines.
She brings a wealth of skilled knowledge and a wide network in the media sector. With over a decade of marketing experience under her belt, Shado is currently managing her own entertainment business, Black Olive Entertainment. It is through this company that a platform for musical dialogue was established – The Sound Bites Series. Black Olive Entertainment will introduce a new cultural platform in 2014, Afrika I Am.

In the late 1980’s Shado became a household name as a presenter on radio and television – Radio Bop, Radio Metro, 702, P4 and Cape Talk. During this time, Shado also wrote a few articles for the Sunday Times, Two Tone Magazine (an insert in the Vrye Weekblad), Tribute Magazine and the Old Mutual Jazz Heritage Magazine.
Shado then joined the Provincial Government of the Western Cape as the Premier’s Media Liaison and Public Relations Officer until July 2008. During this period, Shado also had extensive experience with both South African and international media practitioners during the Premier’s international visits.

Over the years Shado’s voice has featured in various commercials and documentaries such as African Voices, Braam Fischer, Dennis Goldberg, Lillie’s Leaf Farm, Love featuring Mr & Mrs Walter Sisulu, to name a few. She has also been invited to various corporate events as MC/ Programme Director – Table of Unity, M&G Metropolitan Breakfast, Grand West, Presidential Inauguration, Public Participation Programmes for some government events. In 2011 she was inducted into the MTN Hall of Fame. Shado is the Chairperson of the Cape Craft Design Industries and the Panel of Experts for the Gugulethu Street Naming process. She also sits on the judging panel for The Mbokodo Awards, Youth Radio Awards and South Africa’s Got Talent.

Andile’s Journey
My Encounter with Jazz