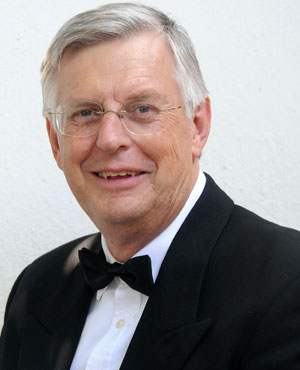 Richard Cock, who made a significant contribution to music in South Africa, received of the 2014 Lifetime Achievement Award for Music from the Arts and Culture Trust.
During an eight-year sojourn in the United Kingdom he studied at the Royal School of Church Music, became director of Music at the Cathedral Choir School, assistant organist and director of Music at the Cathedral Choir School in Chichester and a fellow of the Royal College of Organists.
Since returning to South Africa in 1980 he has been an SABC producer, director of Music at St Mary’s Cathedral, director of Chanticleer Singers and Symphony Choir of Johannesburg, and a conductor of note.
Having gained experience as personnel manager of the National Symphony Orchestra in the eighties, Richard became artistic director of that Orchestra from 1991 to 1999. Before that he was director of the Transvaal Chamber Orchestra from 1987 to 1991.
Among others he has worked with Julian Lloyd-Webber, Lynn Harrell, Joshua Bell, Florian Uhlig, Lesley Garrett, Zoe Beyers Corinne Chapelle and Patricio Buanne. He has also worked closely with Pavarotti and The Three Tenors on their South African Tour.