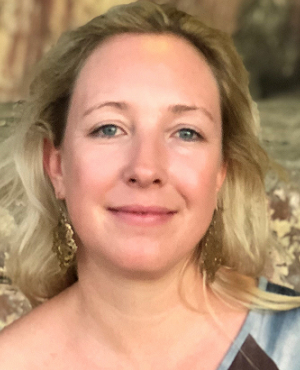 Melissa Barker, the owner of Melkbos Pottery studio is not only an established ceramic artist but also a qualified French trained chef and Archaeologist. She is currently in the final year of her Master’s degree in ancient food and ceramics at the University of South Africa, where the main focus is on recipes that were written in 1700BC as well as the pottery that were used during this time period.

On the academic side, Melissa has excavated for the past six years at a site called Hazor in Israel where she has been doing the ceramic restoration of the site for the past three years. Working with the ancient ceramics has greatly influenced her work as a ceramicist and in 2017 she re-created ancient ceramics for the National Geographic documentary Origins.

As a ceramicist Melissa designs and makes all her own moulds for her distinctive and instantly recognisable marbled porcelain and terracotta bowls and tableware. Each piece is individually marbled by hand and no two ever looks the same. She won the CSA New signatures award in 2019 for her marbled terracotta vessels.

There is no Ordinary