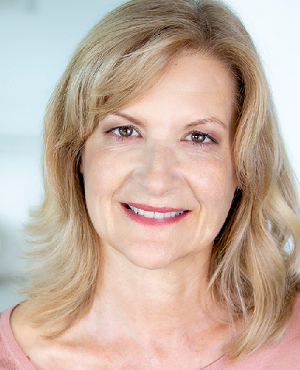 Lynita has a Drama degree from the University of Pretoria and has worked extensively in radio, television and theatre for many years.

As a newsreader, she is highly respected for her professional approach to her work and her ability to deliver the news with authority. Her radio career began at 5fm, with her becoming a household name in South Africa. She also presented TV programmes for the SABC such as Good Morning South Africa, Collage and Video C.

Lynita has appeared in many local theatres and international television productions, including Isidingo and Sewende Laan.

Most recently she featured in the American Netflix movie, “Holiday In The Wild” and in May 2019 she won the best actress award at an international theatre festival in Ireland.

Lynita also imparts her vast knowledge and experience in the industry as a voice and media coach, training potential newsreaders and presenters in the radio and television industry.