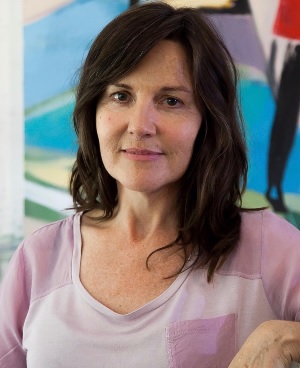 Gottgens was the only South African to be included in Thames and Hudson’s publication, 100 Painters of Tomorrow in 2014, and, in 2015, SMAC Gallery published Kate Gottgens // Paintings 2007–2015 to coincide with her review exhibition, Infinite Loop in Stellenbosch, South Africa. International art fairs include Miart in Milan, Italy, and SCOPE FAIR in Miami Beach, USA, both in 2014. Gottgens presented the inaugural show, titled The Meek, at The Vault in the Silo Hotel’s exhibition space at the Silo District in Cape Town, South Africa in early 2017. SMAC Gallery included Gottgens’ work in a presentation at ARTISSIMA Fair in Turin, Italy in November 2017. Gottgens’ most recent solo presentation, titled Tired from Smiling, is on show at SMAC Gallery in Cape Town, until 13 January 2018. The exhibition coincided with the launch of her new publication: Kate Gottgens: Paintings 2015 – 2017.