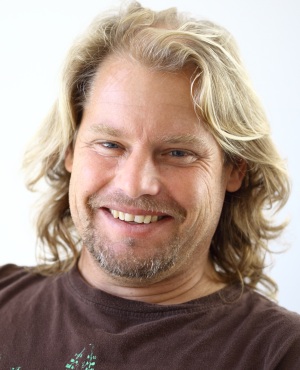 Dylan Lewis is a South African artist who has emerged as one of the foremost figures in contemporary sculpture. Lewis has focused chiefly on the cat as his subject and has created an unrivalled collection on this theme – ranking as one of the most important collections of animal sculpture to come out of Africa. He has extended his artistic talents to the human form, especially its relationship with nature, and has had equal success as with his animals.

Nurtured by a family of artists and inspired by his mother and grandmother, Dylan Lewis first became a painter and it was only after the death of his father, well known sculptor Robin Lewis that he started to explore sculpture.

His sculptures touch the element, the pristine and the world of legend and enchantment. Lewis´s empathy with nature and its living forms is evident in his ability to powerfully convey the essence of predators & prey, and the environment in which we all exist.

Lewis´s primary inspiration is wilderness. At one level his bronze sculptures celebrate the power and movement of Africa´s life forms; at another the textures he creates speak of the continent´s primaeval, rugged landscapes and their ancient rhythms. He works intensively from life, filling books with sketches, notes and drawings. By referring to these in the solitude of his studio, he is able to reproduce the subject´s physical form while exploring their more abstract, deeper meaning.

Lewis´s work features in private collections throughout the UK, Continental Europe, United States and Australia, and he is one of only a handful of living artists to have had more than one solo auction with Christie´s in London.

Sculpture on the Cliffs 2022