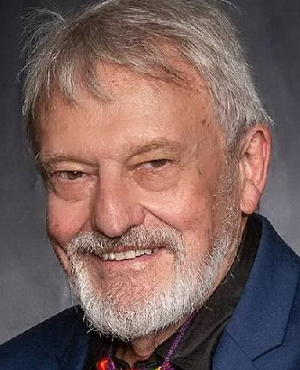 Born in Johannesburg, educated at St. Johns and Wits. (BA English, Zulu, African Admin.) Diploma in Lighting & Stage Design from Salzburg. The 60’s was Folk Songs and coffee bars, and Des led the scene at the Troubadour in Doornfontein. Des met and married Dawn Silver. An active member of the South African Association of Theatrical Managements, he became its chairman in 1982.

By the mid-60s, Des Lindberg had already established himself as a fine folk singer and he achieved enormous success with an Afrikaans song, ‘Die Gezoem Van Die Bye’, which went to number one on the South African charts where it remained for 20 weeks.

In 1965, Des and Dawn Lindberg were married; they then hit the road (literally) when they bought a caravan and toured South Africa and the then Rhodesia, visiting small towns and cities with their legendary show, Folk on Trek.

Every Day is an Opening Night