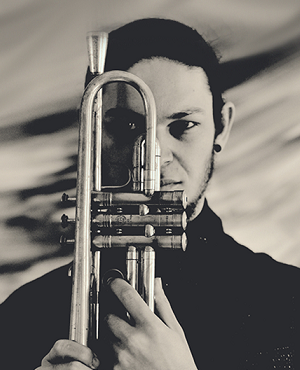 South African born and raised, US based artist Darren English, is a 2020 & 2018 Global Peace Song Award Winner (Jazz category – jury and public voted in LA, California), a 2018 honoree of the Atlanta Georgia GSU 40-UNDER-40 Most Influential & Innovative Award, the two-time recipient of the Fine Music Radio (FMR) Award. He is the 2012 SAMRO Overseas Award Winner, and received the JAZZIZ Magazine Critics’ Pick for BEST-OF-THE-YEAR 2016 & THE HUFFINGTON POST BEST-of-2016. His album Imagine Nation was on the official ballot for the 2017 Grammys® as well as being nominated for BEST-JAZZ-ALBUM in the SAMAs (South African Music Awards) 2017.
English also holds the title of being the first student in the history of the University of Cape Town (UCT) to be awarded/achieve 100% full scores in his both honors recitals (2012).

Recently he has been touring with his group throughout the US and South Africa- having his main stage performance at the Cape Town International Jazz Fest, where he debuted the music of his latest release Imagine Nation. He was the featured young artist at the 2015 Sitka Jazz Festival in Alaska USA, featured soloist on Russell Gunn’s record The Sirius Mystery (2016), and featured on the latest Dave Potter album You Already Know (2017), alongside Wynton Marsalis’ pianist, Marcus ‘Jay Master’ Roberts. His most recent notable performance was w/ legends Jimmy Heath & Freddy Cole (brother of Nat King Cole), honoring the music of both Heath and Cole in concert (2019), before both of their passing in 2020.

English is also an acclaimed visual artist, with his artworks and renderings selling across the globe. He has currently signed an exclusive collaboration deal w/ Shelby® South Africa– being the first artist to create a series of custom licensed Shelby artwork for Shelby SA.