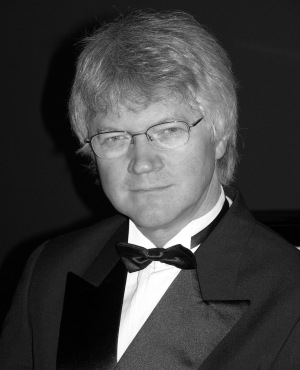 Albie van Schalkwyk has established himself as a performer in a number of fields over the past 30 years. One of the leading chamber musicians and vocal accompanists in South Africa, he has also performed as soloist with SA orchestras, performed solo recitals, given master classes for singers and accompanists, and has been a music producer for the SABC. Albie has arranged music for various combinations, including Broadway musicals and operas for two pianos and orchestral pieces for three to eight pianos. He was appointed Associate Professor in Piano and Chamber Music at the College of Music, University of Cape Town, in 2009.

After completing his B.Mus. degree at the University of Cape Town he spent five years in London and during this period he won the UNISA Overseas Scholarship as well as first prize in the SABC Music Prize Piano Competition. Upon his return to South Africa he took up a position as Official Accompanist and Producer at the SABC in Cape Town. He has been a member of several well-known SA ensembles, e.g. the Endler Trio and the Potch Trio and a founder member of The Chamber Music Society, and appeared as guest artists with others like the Rosamunde String Quartet and the Sontonga Quartet.